One of those times when nothing goes according to plan, but it's the best party ever.
​Because. Ponies! 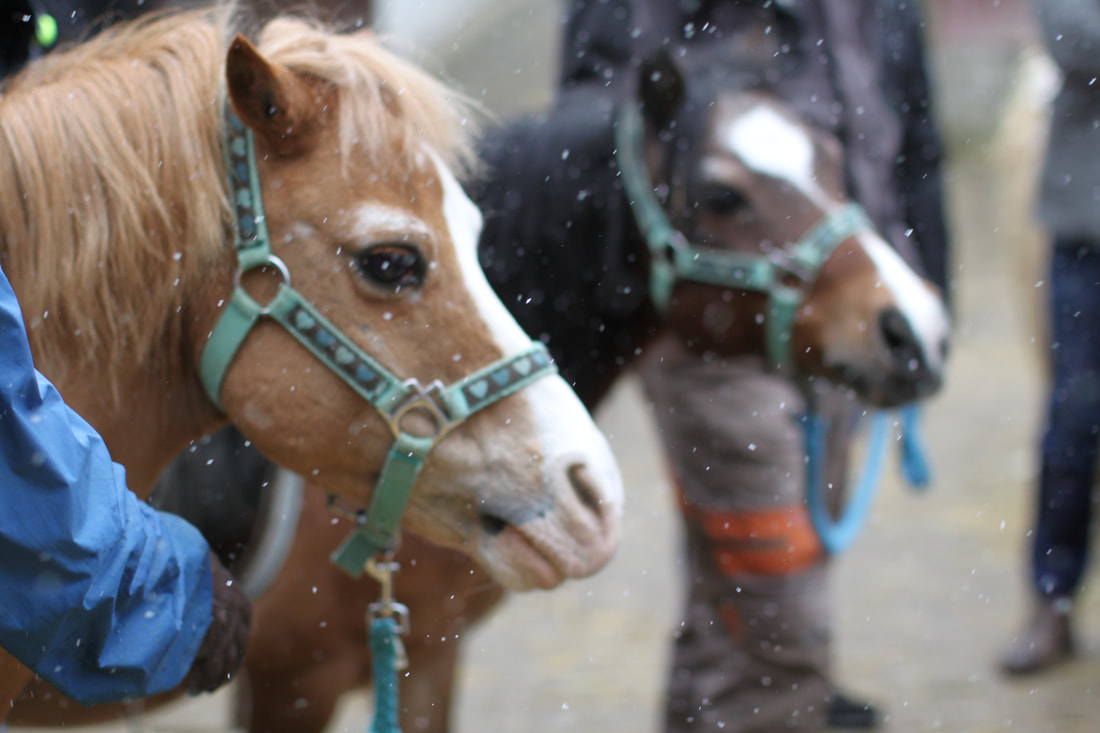 So, it all started with K's request, of course, to have a MLP party. You know, the friendship is magic kind. But then, it quickly expanded to "I want a REAL pony for Christmas", so there we are, middle of winter, in the stables.

First, being an Amazon Prime mom as much as a DIY mom, I bought all kinds of decoration. Ponies and unicorns seem to be in fashion these days, so we got a loot of helium balloons and favour backpacks and pony necklaces and glitter and the kind of sparkly essentials needed for the occasion. Didn't help that all the unicorn balloons insisted on flying face down, but hey, we had unicorns! We also had little tattoos instead of cutie marks for the kids. Which we put on their hands (before you try to visualize cutie marks on children). :) 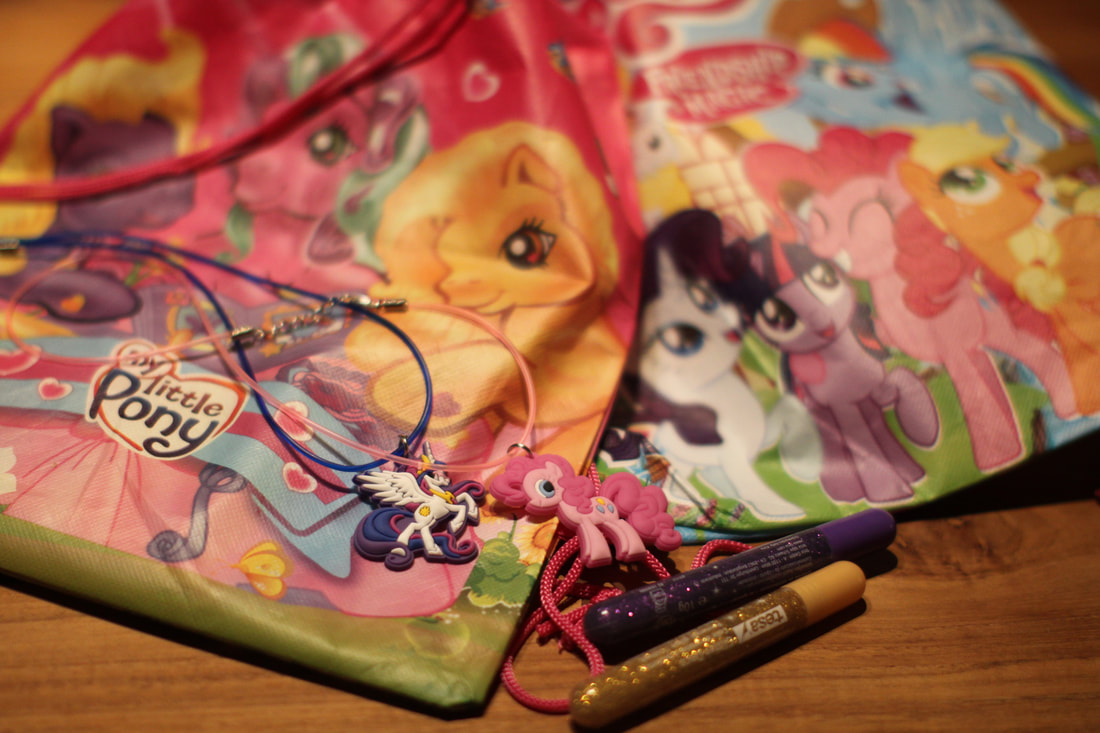 Then, I came to my DIY senses and made some rainbow bagels. Which were really nice, except everyone was afraid to eat them. So much for planning rainbows... 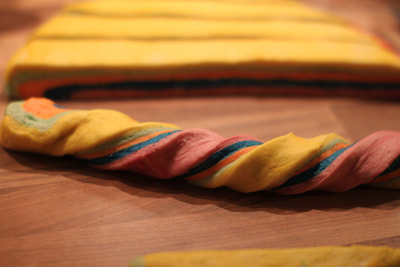 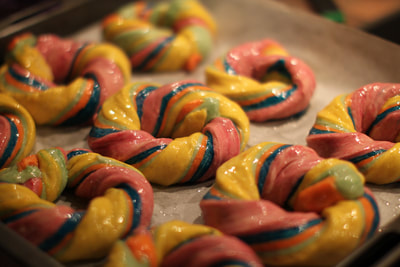 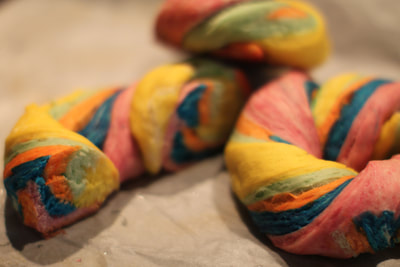 What we did eat were some pony-shaped cookies that the kids had to decorate by themselves, and colour-coordinated rainbow-arranged fruit, but both plates disappeared so fast I didn't have the chance to take a photo. Oh well, next party. :)

At least I took a photo of the cake. My first naked cake, I must say, and very probably the last, considering the pain it is to shape those things. Especially working with a new recipe last minute. But here it is, K's design from start to finish. 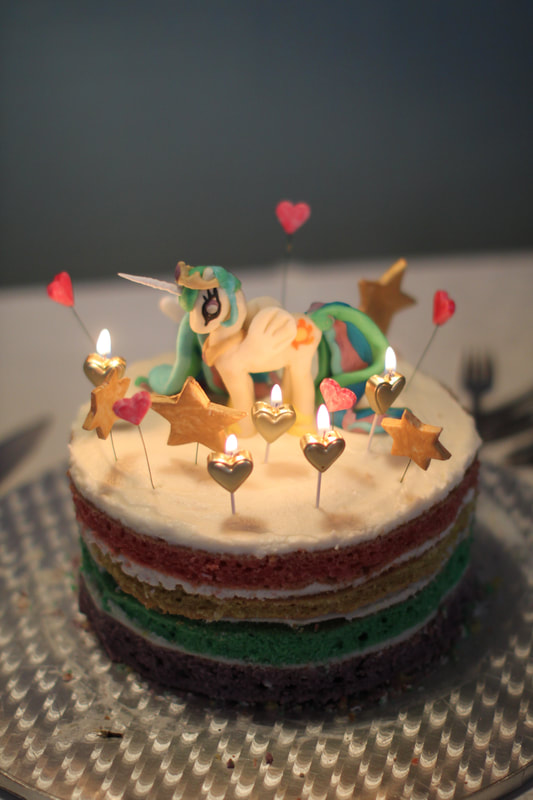 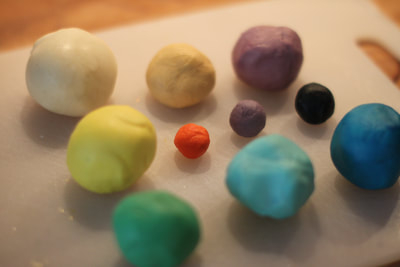 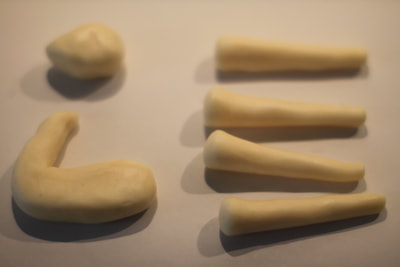 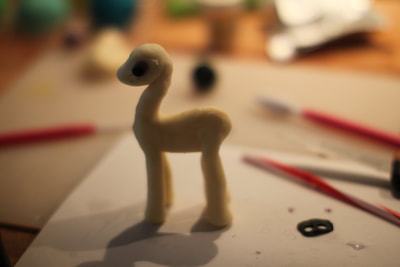 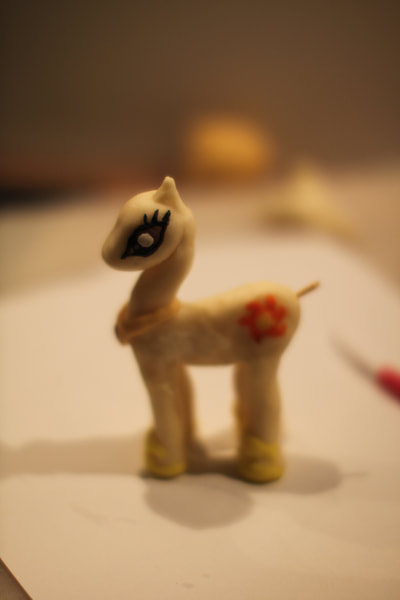 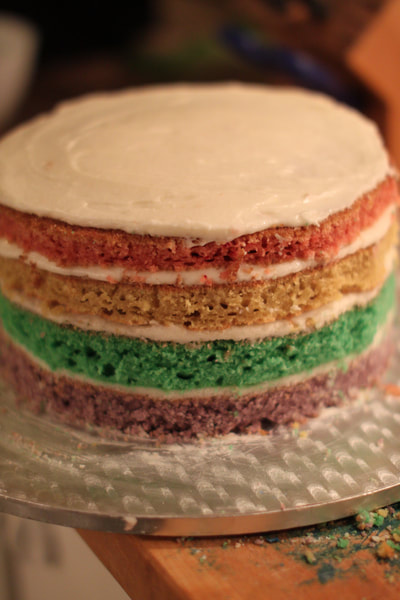 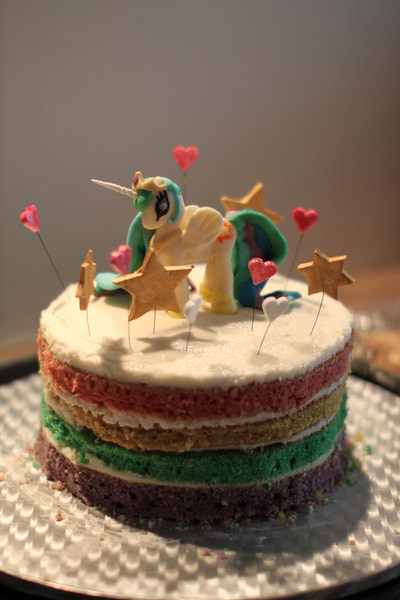 And although I was worried nothing was quite working, we had that: 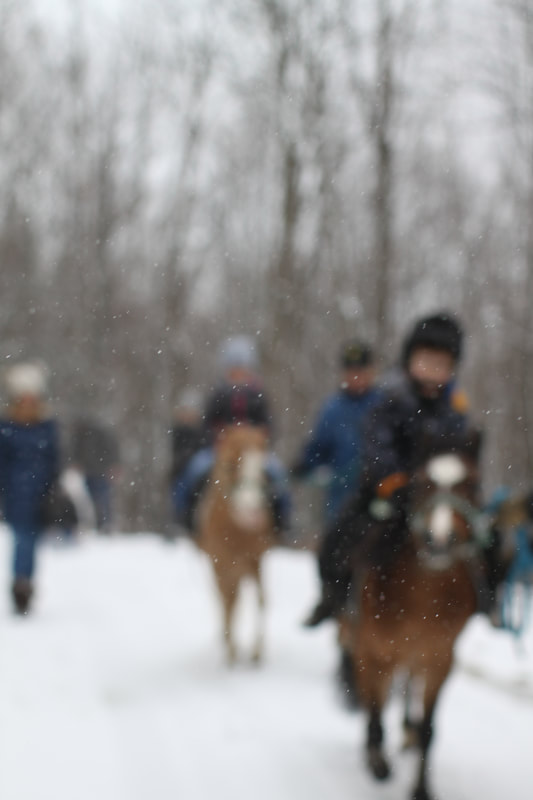 Yes, the photo is intentionally blurred, but you get the idea. Ponies! And snow! In the woods! The kids had a blast riding the ponies, taking care of them after the walk, and going for a treasure hunt around the stables. I am starting to think you don't even need to plan a birthday for this age group, as long as you have animals around. So ponies saved the day.

We had tired children (bonus!) who ended the party painting horseshoes and eating cake. 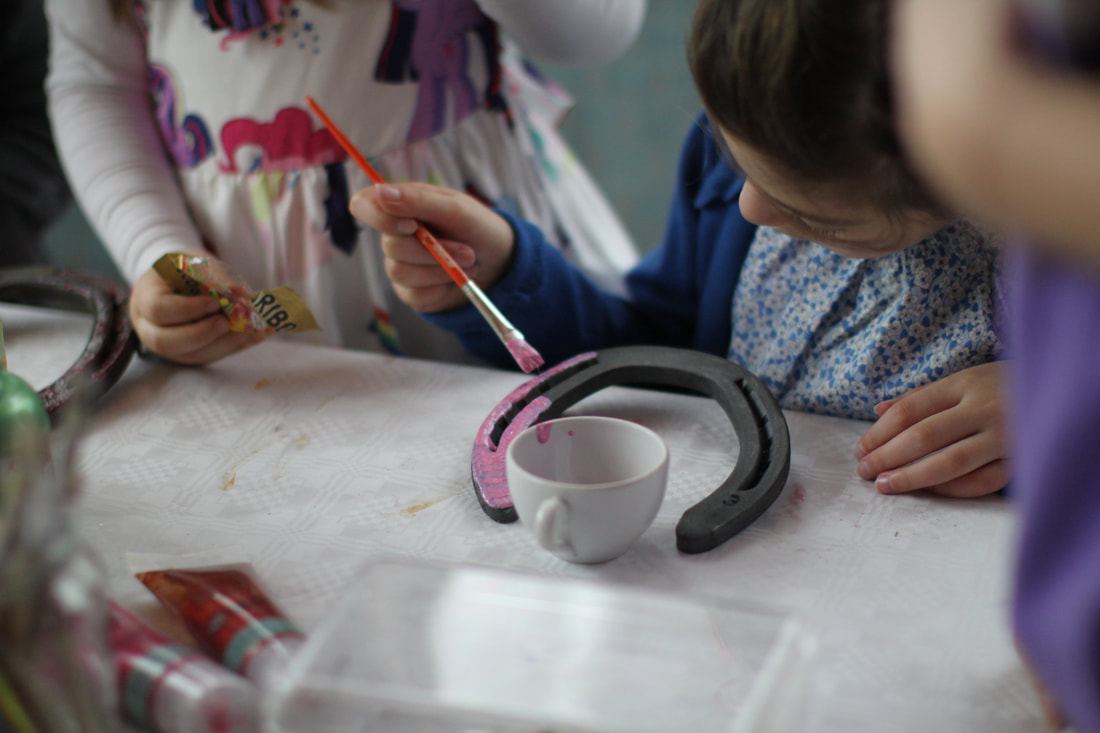 I have put in a request to have my own pony party next year. Volunteers to organize? ;)
Powered by